Ninja cat, surfboarding dog, Donald Trump memes… They all went viral. And now, ladies and gentlemen, we believe we might have created the first ever viral tour. 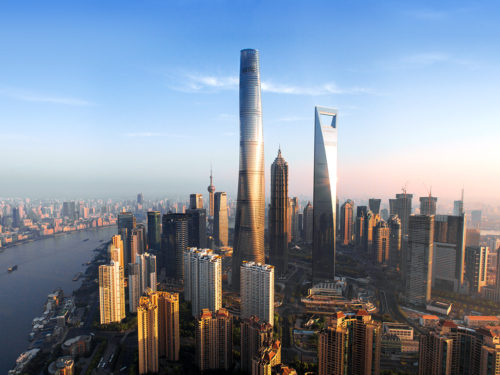 Last month Bespoke was granted special advance access to the Shanghai Tower – the megatall skyscraper in Pudong made famous during its construction by these two nutters – and we offered to take you, our loyal readers, to the top before it opened to the public.

Little did Sam in our Shanghai office know that he’d created a monster – a tour so popular that he would be getting calls and emails all day every day for the next month from people far and wide.

Whether you were architecture geeks, strangely addicted to insane heights or simply just loved an exclusive preview wasn’t the point – you were all itching to get a sneak peak of the world’s second tallest building.

Yes that’s right, standing resplendent over in Pudong at 2,073 feet tall and with an elevator that ascends at a heart stopping 11 metres per second, the Shanghai Tower isn’t for the faint hearted. Turns out you’re all a pretty brave bunch (we had a feeling you were) and didn’t bat an eyelid as the tiny metal box you were in sped up the inside of this Gensler-designed masterpiece.

So there you have it, while the team in Beijing were running around getting people all excited about its Midnight in Peking Limited Edition tour, our Shanghai team had created a stealth limited edition hit of their own. Hats off.

If you’re planning a trip to the ‘hai in the next month with friends or colleagues and want you take advantage of Bespoke Shanghai’s Limited Edition Shanghai Tower Tour, just email info@bespoke-shanghai.com for more details. The tour (with a tour guide) costs 2,000RMB for groups of up to 8 people + 180RMB per person (for entrance tickets).

Previous Post: « How do I get on Facebook in China? The Great Firewall explained…
Next Post: 8 Beijing Hidden Gems We Bet You’ve Never Been To But Should »